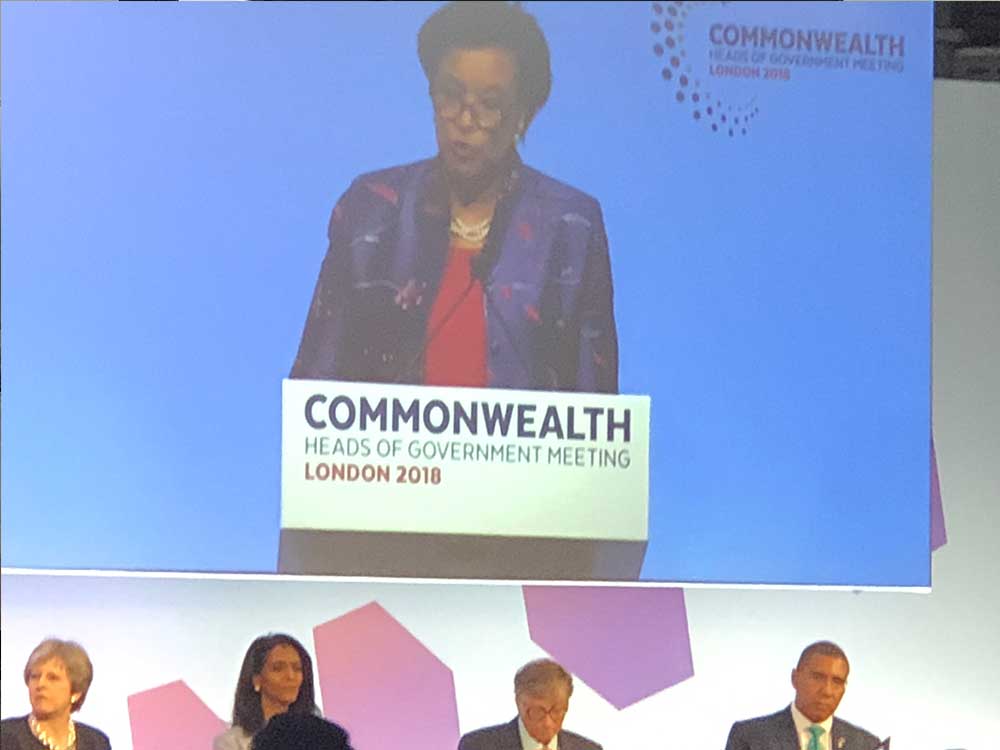 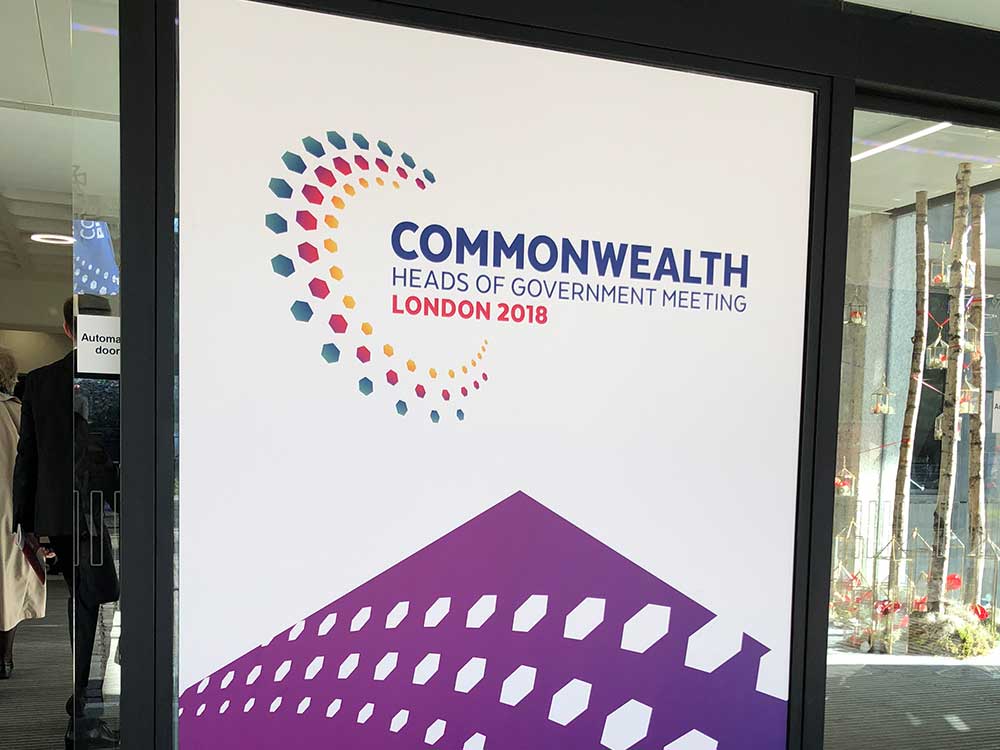 Day two of #CHOGM2018 reached a crescendo at the Queen Elizabeth II Centre on 17 April 2018 when the day’s activities were opened with a musical performance encompassing the diversity of the Commonwealth. Following the instrumental rendition, representing Commonwealth states, was a joint-forum plenary with the following speakers: Prime Minister of the UK Theresa May, Microsoft founder and Co-Chair of the Bill and Melinda Gates Foundation Bill Gates, Secretary-General of the Commonwealth Patricia Scotland, Prime Minister of Jamaica Andrew Holness and the panel was moderated by the BBC’s Zeinab Badawi.

The topics that were covered by the esteemed speakers varied from tackling communicable diseases, to security challenges, ways to deliver a fairer, sustainable and prosperous Commonwealth and more. The Commonwealth takes place upon the backdrop of the Windrush Generation issue in the UK, where a number of individuals with a Commonwealth Caribbean background and who migrated to the UK between the years 1948 and 1971 face the threat of deportation. It was reported on April 15 that a meeting was requested by representatives from Caribbean countries with Prime Minister Theresa May, but that request was not immediately granted. A meeting was later convened between the UK Prime Minister and Caribbean leaders at 10 Downing Street where it is reported that the UK Prime Minister apologised to Caribbean leaders over the Windrush deportation storm.

At the joint-forum plenary session during CHOGM 2018 saw the Prime Minister of Jamaica Andrew Holness also directly address the Windrush deportation matter. He introduced the subject of migration when he said: “Migration of persons affects smaller countries most.” He later went on to state that people who contributed to the UK and who are later prohibited from claiming it as their own need to be treated fairly and that it “is only fair to do so”. Holness provided a developing country-perspective to the joint-plenary dialogue.

Issues of migration were not the only topics covered. Secretary-General Patricia Scotland in her own remarks asserted: “The Commonwealth is not joined together by treaty, but by will.” Whereas Prime Minister Theresa May’s remarks touched on matters concerning the grievous use of chemical weapons in Syria, free and fair trade among Commonwealth nations, cyber security, and youth unemployment. She said: “We cannot allow the use of chemical weapons to become normalised – either within Syria, or on the streets of the UK or elsewhere” May pledged to improve education and also tackle malaria across the Commonwealth. Prime Minister May further highlighted: “If the Commonwealth is to speak with one voice, the world has no choice but to listen [and as a result] the Commonwealth can inspire the world and change the world.”

Bill Gates spoke on themes of youth empowerment, shared prosperity, and sharing best practices to tackle global challenges such as preventing communicable diseases. He said: “The best practices of the nations gathered if adopted worldwide would revolutionise the entire world and help us solve many of our top problems.”

In the subsequent Youth Forum plenary session, former Prime Minister of New Zealand Helen Clark spoke on sustainability and climate change. Clark highlighted how in different ages, there are significant challenges with which the youth should engage and tackle. She said that in this generation (in the 21stcentury), young people should engage with the sustainability challenge. She emphasised that young people should support leaders who are taking active strides to “walk the talk” on climate change and who are implementing actual policies to achieve such aims.

This is a snapshot of the eventful day two. Day three is set for April 18 when CHOGM 2018 and the various forums (including the Commonwealth Youth Forum) will continue.