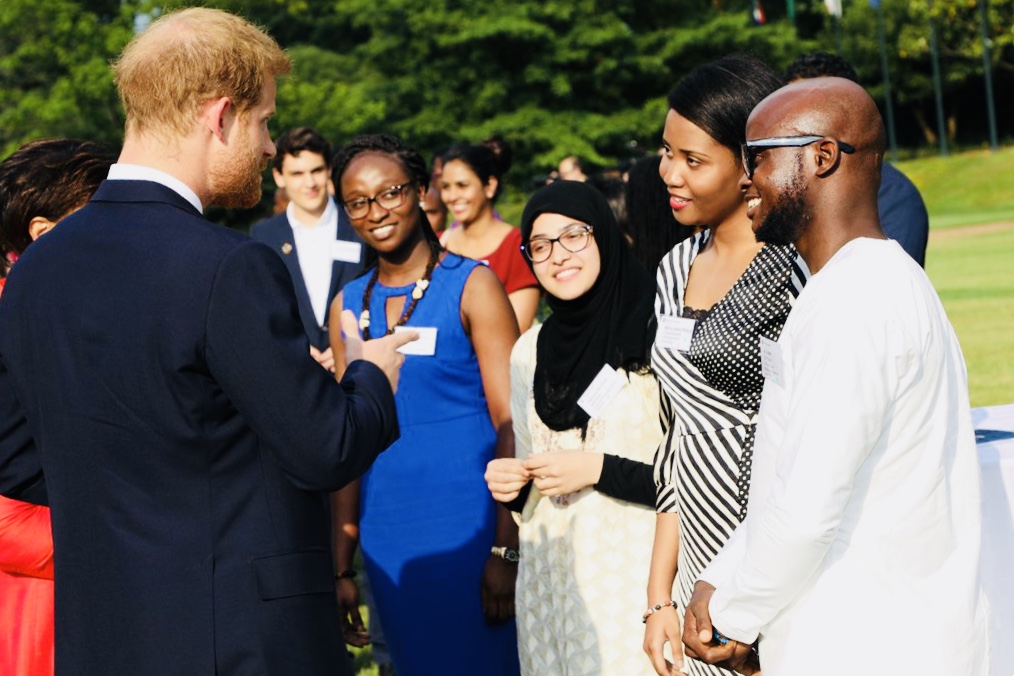 This article first appeared on Yourcommonwealth.org

“Unforgettable” is probably how some of the Commonwealth youth leaders would describe their experience sharing ideas with the Duke and Duchess of Sussex at a reception in London. The young people were pitching solutions for some of the most pressing challenges which Commonwealth countries are facing.

Impressed with the young people, Prince Harry said, “We can’t wait to see you in action in your home countries and learn about what you’re doing to better the Commonwealth, and the world.”  He was speaking at a reception for Commonwealth youth leaders attending a week-long training programme.

Dubbed the Commonwealth Youth Leadership Training– the workshop ran from the 28 June to 5 July 2018 at the Commonwealth Headquarters in London and brought together young people involved in a range of community projects in Africa, Asia, the Caribbean, Europe the Pacific and South Asia.

Participants also spent time reflecting on their personal development and were provided with a book on leadership. As part of the training, the attendees were introduced to the different divisions of the Commonwealth Secretariat, which range from health to trade, countering violent extremism to education and others.

Addressing the gathering, Commonwealth Secretary-General, Patricia Scotland QC, said, “In our nations, as in our networks, there is immense diversity, rich and distinctively Commonwealth strands of common purpose. The Commonwealth Youth Council, the networks and civil society organisations are living expressions of this unity of vision.”

Acting on this mandate, the Commonwealth Secretariat organised the week-long training to enhance the leadership skills of Commonwealth youth leaders.

The workshop concluded with the “Your Commonwealth” Youth Challenge which tasked participants with providing innovative ideas to create a future which is “fairer, more sustainable, more secure and more prosperous.”

Each of the 11 groups presented a 90 seconds pitch with their idea. The panel evaluating the pitches included a futurist and author Mark Stevenson, the Ugandan Minister of State for Youth and Children Affairs Hon. Florence Nakiwala Kiyingi , Vijay Krishnarayan, Director of the Commonwealth Foundation and Tijani Christian, the Chairperson of the Commonwealth Youth Council.

The solutions from the youth leaders ranged from providing a seat for a youth representative at the Commonwealth Heads of Government Meeting, essentially a 53 plus 1; to improving education systems, to providing platforms to share and receive information and more. The reception where Prince Harry and Megan Markle spent time mingling with the youth leaders and hearing their ideas brought the curtains down on the weeklong training initiative for the youth leaders.

While this workshop was valuable to the young people who participated, if we are to truly empower young people with the skills they need, it will require more than a once-off event. It will require consistent engagement with youth across the board since our aim is to leave no youth and no one behind in the Commonwealth.