Is Corruption Engrained in the African Soil? 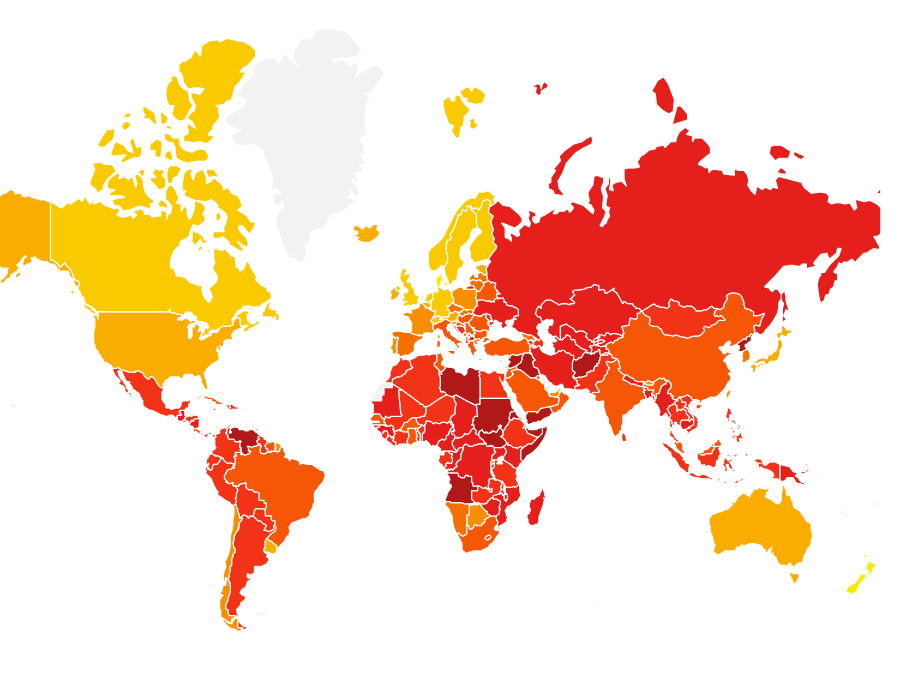 Is Corruption Engrained in the African Soil?

“I want to discuss the benefits of corruption,” one young female student confidently articulated her idea. The class erupted in laughter and before she could complete her presentation, the idea was eventually shut down.

Over the years I have tried to understand why a first year university student would think of corruption as ‘beneficial’. Just recently, in preparation of writing a piece on the negative impact of corruption in Africa, I became curious to find out whether 10 years later that same student still maintained her former opinion. I reached out to her to find out if, given a second chance, she would still defend writing an article on the topic that highlights the ‘benefits’ of corruption.

“I don’t know why I came up with the idea in the first place”, she said, “Maybe I was too immature. Now I would be very ashamed to be associated with those statements because as a grown person I am a bit more familiar with how bad things are because of corruption,” she responded.

Given the prevalence of corruption across the African continent today, I wonder if the opinion held by my former classmate would be used to justify corruption by those in my country Malawi and the rest of the continent. Transparency International recently released its 2016 Corruption Perceptions Index which shows that 69 percent of the 176 countries assessed scored below average.

In the study, many countries dropped in their performance on dealing with corruption. Transparency International (TI) warns this is a worrying trend which requires urgent action.

From the 2016 study, there seems to be a sense of normalcy around corruption tendencies in most African countries. It is not uncommon in Malawi for instance to see a police officer receiving a bribe from an offending driver or to have to pay some officers to access a public service. But there are still some African countries in the sub-Saharan region which are doing quite well.

Sub-Saharan Africa’s number one performer is Botswana which is ranked 35 out of 176 countries on the TI global ranking. This year Botswana’s score was 60% – that being the highest percentage score on the continent. Only four other countries have scored above the 50% average mark and these are: Cape Verde at position 38, Rwanda at position 50, Mauritius position 50 and Namibia at 53.

Botswana has maintained its lead position among all African countries in its resolute fight against corruption. On the official Republic of Botswana website, the country states that corruption is not a major problem.

“The government is committed to zero tolerance of corruption based on the resolve that in Botswana corrupt practices must remain a “high-risk, low-return undertaking,” reads part of the section addressing corruption.

Many other governments on the African continent tout the ‘zero tolerance to corruption’ line; yet (in practice) this seems to be working well for Botswana. In 1994, the country established a corruption investigating body, the Directorate of Corruption and Economic Crime (DCEC). The body only investigates and leaves the prosecution powers to the Attorney General – which is constitutionally independent of the government.

The separation of roles between the DCEC and the Attorney General seems to be an important arrangement made, which allows for considerable progress in ensuring a fight against corruption, which thereby translates to a corruption free society. The DCEC reports to the president but because the Attorney General is a constitutionally independent office, there seems to be a balance that helps better performance in fighting corruption in Botswana.

South Africa – On the Right Path

The report by TI shows that there has not been much change in South Africa’s ranking – it is ranked 64, with a percentage score of 45%. Despite South Africa’s score being below the average mark of 50%; there is still a lot that other African countries can glean from South Africa’s fight against corruption.

South Africa has refused to let public officials, even at the level of the president, abuse their offices to engage in corrupt practices. President Jacob Zuma was obliged to use a home loan to reimburse the state for the public funds he used on his Nkandla home. This was due to the Public Protector’s investigation that revealed that the president had breached the Constitution in using state funds to upgrade his estate.

Its mandate has especially been protected as the Public Protector has to appear before that country’s parliament at least once a year. This would act as a buffer against reluctance by the office to investigate high profile public officials such as the president himself. The office therefore essentially has no choice but to investigate strong indications of abuse of power.

How About Other African Countries?

In Malawi, which has dropped to position 120 from 112 in 2015 and with a score of 31% in 2016, the Anti-Corruption Bureau (ACB) director is appointed by the president, so is the Attorney General. While the ruling party in Malawi, the Democratic Progressive Party’s manifesto clearly states that it would ensure the ACB is made independent by relieving the president of the powers to appoint its director, its tone changed soon it was in power.

A motion brought in parliament by the biggest opposition, the Malawi Congress Party, to scrap off the president’s powers to appoint the ACB director was defeated, with the majority of those voting against it being from the ruling party. The Malawi President has on several occasions publicly stated he would not give up his powers to appoint an ACB director, arguing that the opposition wanted to reduce his executive power.

The ACB has largely been seen in Malawi as a toothless body especially in investigating and prosecuting those sympathetic to the ruling party. While it has successfully investigated and prosecuted some high profile cases, these are mostly those that do not have links to the present ruling regime.

Malawi is not alone on the list of African countries that have not performed well in the TI perception study. Corruption in Ghana, one of the strongest democracies on the continent, seemed to be on the increase under the recently defeated president John Mahama. President Mahama’s government had promised to end corruption but this did not materialize when it came to implementation of those very promises. His government was voted out, with President Mahama making history as the first sitting president to rule for only one term since 1992.

Tanzania, Nigeria and Kenya (scoring 32%, 28% and 26%, respectively) also performed poorly on the 2016 TI ranking. Somalia was at the bottom of the list, with a 10% score. Its parliamentary election last year was marred by corruption allegations, suffice to say, stability has eluded Somalia for quite a long time thereby making corruption thrive.

Ghana’s situation though should send warning waves to those in elected positions. When they run campaigns on the promise to fight corruption, the voter’s perception on whether the government is doing enough matters a lot. Touting the ‘zero tolerance to corruption’ line may not work the second time one runs for office if they are deemed to have failed in their first term – this makes fighting corruption an important goal which is on the minds of any electorate.