I had hoped to get married to 22 men. Yes, and I say this very frankly. I had thought and hoped that getting married to specifically 22 men would change the whole world and put in place all the wonderful values that guarantee the presence and existence of an ideal and balanced society.

Before I dive deeper into this and before you, the reader, misunderstand me and jump to conclusions, I need to add some details and contextualize this previous ‘dream’. As an aside, it is not my intention to keep 22 men to myself and contribute to the notion of ‘spinsterhood’ and as a result be blamed for the lack of men in the world.

The background of the story is this: the ‘dream’ goes back to my not so distant childhood days. It was on one evening when I (sitting beside my mother) was watching the news bulletin. The news reporter that day, in that news bulletin, made use of ‘political’ jargon to make her point. Some political terms pierced my ears, especially because it was my first time, as a child, to hear such terms. Most of the words used to divulge the news of the day were related to the Iraqi invasion of Kuwait. The news bulletin further reported on the objections various Arab heads of state expressed to the conflict and Iraq’s occupation of Kuwait. The bulletin went on to describe the problems and strife experienced by civilians in Kuwait, at the time, and the opposition international (and human rights) organizations expressed to such civilian maltreatment.

Coincidentally, a few days later, after the day I watched the news on Iraq’s invasion of Kuwait, I learned through a children’s television program what the Arab League was. I learnt that the Arab League contains 22 member states. When I asked my mother about the League, she gave me simplified information about it. My aunt, however, intervened and argued with my mother over the same information to which my mother was referring. As a young girl, I got the impression that the Arab League (arguably) could not play a positive role in stopping the humanitarian crisis that was simmering at that time.

As a result, I started to think and let my imagination free. Then the idea that I should get married to a man from each of these 22 Arab countries came to my mind. I thought that if I married each of the 22 men representing the 22 Arab countries and consequently had a child with each of them in order to form a small (interconnected) Arab society, founded on the principles of love, justice, goodness, and peace that then there would be a model of peaceful coexistence to be emulated by others in the region. I believed that my small society would offer everybody the model from which they could learn a lesson to solve the bigger regional problems. These were the thoughts of a naïve child who had no experience or enough information.

A number of years have since passed, and given the turn of events in the region and the humanitarian issues that flare up, I keep remembering this ‘dream’ every now and then. As I grew up (and as I continue to do so) I always use this ‘dream’ as a backdrop for everything I read and write. This ‘dream’ always comes to mind whenever I have encounters with various individuals from different Arab countries. Later, however, I discovered that the number 22 would not be enough and that it should perhaps double or even triple. 22 is already a grand number, so why would the number have to double or triple? The reason is quite simple, as a child, I thought that each individual fits as an exact representative for his country. But I came to discover that this is not true. One’s identity as it relates to his or her country (as a ‘model’ for regional peaceful coexistence) is much more complex than simply marrying one man from each of the 22 member states. For example, if I got married to an Iraqi man – given my obsession with the civilization of Mesopotamia and the respect I harbor for its culture and thinkers – I would have to choose whether to get married to a Sunni or a Shiite. There is a major difference between the adherents of both sects although these adherents are all Muslims. On the other hand, if I got married to a Palestinian man, I would then have to choose between either a man from Fatah or a man from Hamas – the followers of both movements also differ greatly from each other; despite being Palestinian who defend the same history and the same geographical area from what seems to be parts of their land being usurped and taken away. And if I got married to a Syrian man, I would have to choose between one who was for or against. Whereas if I got married to an Egyptian, even then I would have to choose between an Islamist, a secularist, a liberal, or a socialist.

This same paradox of identity can be applied to men from all of the other Arab countries.

Not so long ago, now, as an adult, this ‘dream’ came back to my mind as I watched a recent news bulletin. The conflicts are still there, particularly with the emergence of Arab revolutions and the presence and existence of wars and crises everywhere in the region.  What is the commonality between then and now? The common thread is the desire for power and maintaining it regardless of the price the people will pay to attain and maintain such power. It was only then I realized (as a mature adult) that the more I read and know, the less I understand and the more I simply get confused.

A child’s way of rationalizing solutions is not like that of an adult, therefore, it is safe to say that a radical change has happened in me since my childhood: I believe that only one man is enough for a husband. So what about 22?! 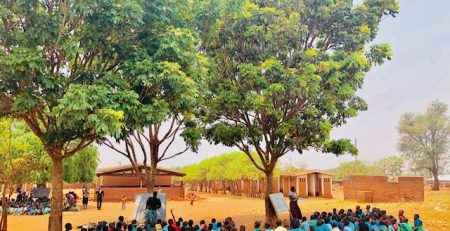 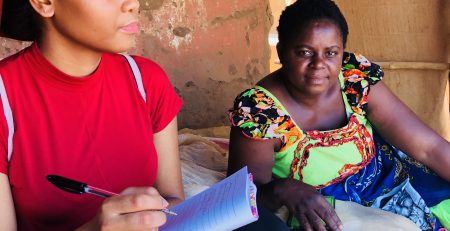 The 2030 Agenda for Sustainable Development envisages to ensure that “no one is left behind”. The achievement of all... read more