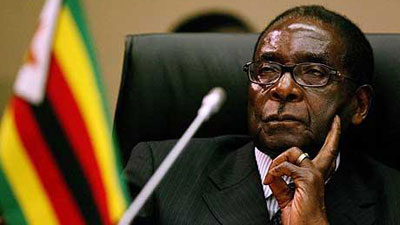 America (as the beacon of democracy) has in the recent campaign trail arguably resembled African politics in some ways. The 2016 campaign for the US presidency was what many would call ‘brutal’, and I argue almost as ‘brutal’ (figuratively) as it gets in some African countries. Why do I say that? Simply because, it was one where on numerous occasions arguments deviated from rational policy debates; to rather focus on individuals’ temperaments.

America, welcome to the ‘ruled by the elderly’ club.

Here in Africa, we have too many of them: South Africa’s Jacob Zuma and his age mate Ivory Coast President Alasane Ouattara are both turning 75 this year; while Malawi’s President Peter Mutharika is turning 77 years. Liberia’s Ellen Johnson Sirleaf is 78. Alpha Conde of Guinea is turning 79 years this March; while Manuel Pinto da Costa of Sao Tome and Principe and Abdelaziz Bouteflika of Algeria both will be 80 years this year. Cameroon’s Paul Biya is 83. Mohamed Beji Caid Essebsi of Tunisia who was elected into office in 2014 is 90 years and Zimbabwe’s President Robert Mugabe continues to rule at the age of 92. Mugabe is the continent’s, as well as the world’s, oldest president.

The continent of Africa, like other parts of the world, cherishes its senior citizens. But when some of them ascend to positions of power such as those of presidency, they seem to forget about the majority of their population, the youth.

The most unfortunate part is that their reign has mostly turned out to be somewhat of a ‘ruling by the elderly for the elderly’ phenomenon. Their solutions have largely failed to help African youths in solving the high unemployment rates. It is estimated that the average unemployment rate in sub-Saharan Africa is around 12 percent – with this figure being higher in some countries within Africa. This unemployment rate emerges from the continent’s “most educated generation”.

WHY DO THE OLD WIN PRESIDENTIAL ELECTIONS?

In most African countries, there is a minimum age set for presidential candidacy and yet there isn’t any cut off age limit. This has ultimately put the younger presidential aspirants to a disadvantage who are pitted against the older politicians who often appear more experienced in public service.

An analysis of the list of presidents cited above shows that most of these politicians have been in public service for a very long time. This presents them with the advantage of supposedly vast knowledge and experience to convince the voters of the need to keep them in office.

But in the fast changing political environment, their ideas have mostly become redundant and ineffective to solve the challenges their countries are facing in today’s world.

In most African countries, tradition dictates that the young ought to be led. There is an apparent belief that the young cannot effectively lead and that they are regarded as immature.

A good example was in my home country Malawi in the last election held in May 2014. One of the candidates, Atupele Muluzi had just turned 35, the minimum age to allow one to run for the presidency in Malawi. During the campaign, other contenders capitalized on his age arguing that he is young and immature to lead the nation. He was nicknamed ‘baby’. It has to be noted, however, that no study has been conducted to prove whether his young age contributed to his dismal performance in the election.

During the 2014 election, Muluzi, also seemed to notice that his age would be to his disadvantage; he therefore appointed Godfrey Chapola as a running mate, a man who was at the time 65 years old – as an attempt to strike a balance for his presidential ticket.

Some of the African leaders have been in office since the dawn of (or in the early years after) independence in their respective countries. Examples are the following: Robert Mugabe of Zimbabwe, who fits in this category, was the colonial liberator of the country; Uganda’s Yoweri Museveni freed Uganda from the dictatorial rule of Idi Amin (1971-79) and Milton Obote (1980-85); South Africa’s Jacob Zuma is the leader of a heroic political party – the African National Congress.

These leaders’ ability to have (in some cases) successfully led their people out of struggles, seems to have given them the leeway to do everything possible to stay in power. While they do hold elections, of which they won, the opposition in some of these countries often decry election fraud – which they claim has kept such leaders in office.

The argument at hand is that such leaders’ relevance in the modern day political setting has simply diminished.  Their relevance was then. Today, they struggle to strike a balance between good performance and democratic rule and quality governance versus their dictatorial tendencies.

Almost every profession in the world, except politics, has a retirement age. Most countries in the world have a retirement age which varies from country to country, but is around the age of 65 years. The retirement age is mostly set to allow younger people to join the workforce. It is also set due to the fact that as a human being gets older, their energies and capacities to deliver arguably wanes.

The physical changes in the body are inevitable as one ages. Speaking, not as a health expert – it is commonplace to know that physiologically-speaking body tissues change as one grows older and as a result, the efficiency of the body, if not maintained through exercises, declines.

It may therefore not necessarily be our elderly presidents’ fault that they for example read formerly presented, old speeches in meetings or frankly just fail to deliver when in these positions – a job that is one of the most stressful in the world and with it carries a lot of responsibilities. Such bad performances in their roles could simply be due to their old age.

This is the more reason why perhaps African countries need to set retirement ages or limit terms in politics. Apart from helping our old men and women to rest, a retirement age (as well as enforced term limits) would also enable young people to run for public office and contribute to the development of their nations while their ideas and their capabilities are still fresh.